Last week we headed to the Granada region of Andalusia for a week of exploring what it has to offer. We wanted to stay somewhere relatively central to the places we knew we’d like to visit but also wanted that place to feel like a remote retreat for us to enjoy some much needed family time. We found the most idilic, rustic farmhouse in the hills above a white washed village called Montefrio. It was perfect, restored sympathetically by the owners (who also happened to be the loveliest couple), full of restored pieces, vintage finds and gorgeous textiles. The house itself was small but functioned perfectly as it had huge amounts of outside space with views every which way you look. The pool was a huge hit with little LMH (even if a little on the cold side since it’s May) and we had a pre breakfast swim every morning, definitely a luxury I could get used to.

Processed with VSCO with f2 preset

No visit to Granada would be complete without a day spent at the Alhambra palace, a UNESCO world heritage site and the most visited place in Spain. I wasn’t organised enough to get us tickets for the palaces theirselves (you need to book 3 months in advance & I failed on that front) but I did get to visit the gardens, Alcazaba and Generalife buildings which we’re incredible to see, such an interior addicts dream! I’ve returned feeling super inspired by the moorish architecture & I’ve got an interior design project that I’m currently working on that will benefit hugely from this visit. 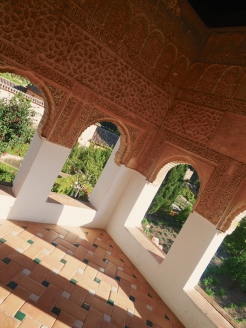 We also visited Alhama de Granada, a smallish town around 30 minutes drive from Granada that is known as the bathhouse of the area as it is where the locals used to head for their spa rituals. The architecture was amazing, every single building in the old town was stunning, especially the houses built into the gorge that runs along the edge of the town. We walked the gorge & felt like we were in a cowboy movie! The town itself has some great tapas bars & the myth is true that anywhere in the Granada region that you order a drink, you receive a tapa plate too gratis! On our way out of Alhama we called at the mineral bath for a dip, it’s the first time I’ve bathed in a hot spring and it was probably the highlight of my trip…little LMH thought it was great too. 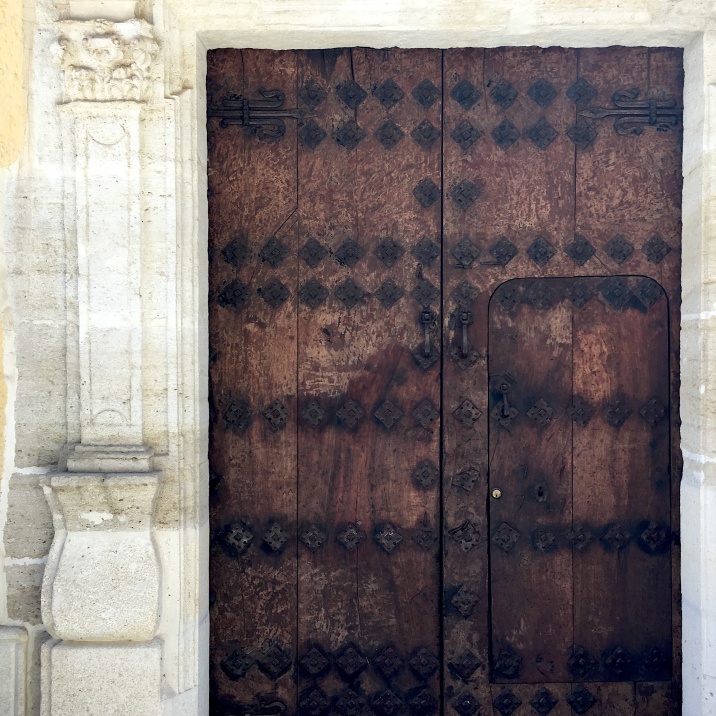 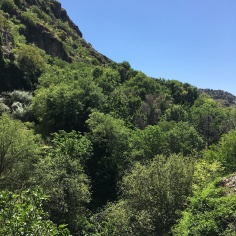 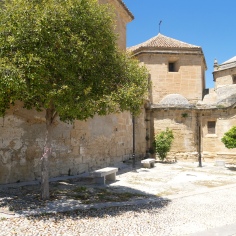 Now we had been majorly guilt tripped by our 3 yr old for taking him to Spain and not being near a beach/the sea (I mean come on kid you were in Dubai living your beach life only 2 months ago!) so we found a huge lake with a little beach for the afternoon which ticked all of the boxes for him! It was really beautiful, we paddled and relaxed whilst building sandcastles.

We had planned to explore quite a few of the hiking routes in the region but due to a heatwave it was a little too hot (not complaining, it gave us that pool time mentioned above). We did make it one one fantastic walk from Monchill, a small village at the bottom of the Sierra Nevada mountains to Los Cahorros. It’s a great walk for adventurous kids with the river, rickety bridges, waterfalls and rocks AND halfway round the walk there is a house open as a little cafe for drinks and ice-creams.

Montefrio itself, the town nearest to where we were staying was a traditional white washed villages home to a pretty small population BUT the view across the valley to the town is one of the top ten in the world according to National Geographic. This is thanks to the picturesque castle sat on a rock above the town and the circular church both of which had huge moorish influence. 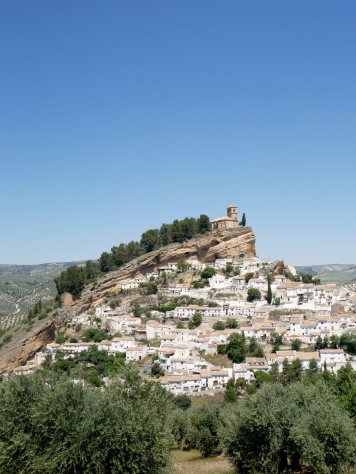 It’s safe to say (since the flights are already booked) that we will be back to the Granada area of Andalusia soon to visit more of what the area has to offer (along with all of the tapas and wine!). What adventures are you heading on this summer? 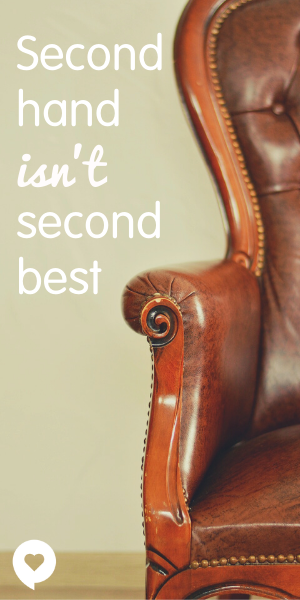